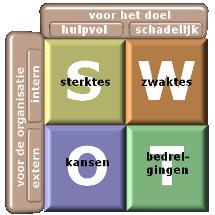 Addressing issues of poverty, inequity, global warming, terrorisms, exclusion, volatile economic growth and other dynamics of interdependence calls for the multiplication and linking of talents and capacities beyond the current dominant paradigms of expert-based and market-driven solutions.
For a long time the notion ruled that society was composed of three separate 'sectors': the state, the market and a social sector that is often labeled as 'civil society'. Another conviction was that changes in social systems rely on top-down control, and linear cause and effect relationships. In that view, citizens are reduced to the role of beneficiary, consumer, client and voter.
But more and more the understanding is growing that change in social systems is a complex process that cannot be entirely planned, but can be influenced. And that citizens themselves all over the world have made and are constantly making world history.

The Civic Driven Change Initiative stems from a conviction that the problems facing societies everywhere cannot be understood or addressed by dominant narratives of states and markets. In fact, this dominance is largely responsible for the relative powerlessness of people, communities and even nations. CDC throws a new light on citizenship, the right to have rights and democracy, focusing on civic action (action by people to change how society works) rather than seeing citizens only as rights holders. This requires civic agency (people's capacities, skills and imagination to change society) . Promoting social change in this light means stimulating agency of individuals, groups and organizations. CDC happens everywhere, not just in the development sector – people are citizens and can have agency regardless of the sector in which they work. Thus, CDC is about co-creation and action across (sectorial) boundaries. It is about ‘organizing’ rather than 'mobilizing' people.

Hilde Consult wants to contribute in this line by equipping individuals, groups and organizations to work the change they themselves believe in (in fact organizations do not exist, only people who try to work together). The challenge is not to conceive programs and projects and then try to mobilize local people to participate, but to find ways to assist people as they try to achieve their own change. In all this we have to recognize the fact that change is a product of both harmony and conflict of interests and power. But it matters which side one takes! Civic Driven Change is essentially a normative concept: there is civic behavior (pro-poor, democratic) and uncivic behavior (perpetuating asymmetrical power relations and unfair distribution of wealth).

For more info see the International Institute of Social Studies in The Hague (part of Erasmus University Rotterdam).